One minute you're surrounded by crowds of tourists, the next, you're in a peaceful little lane, with only the sea, the sky and the island flowers for company. That's Capri for you! This itinerary takes you from the Piazzetta to the Natural Arch and along the spectacular Pizzolungo coastal path, and draws to a dramatic close beneath the Faraglioni rocks.

The walk starts in the Piazzetta of Capri, from where you can take either Via Longano or Via Le Botteghe, to reach the crossing with Via Tiberio.
From here, proceed along Via Matermania until you arrive at Piazzetta dell'Arco Naturale

On the road to the Natural Arch you'll come across the Le Grottelle restaurant, and the little track which leads down to the Arch.

Just before you reach the restaurant, you'll find a steep flight of steps which leads down to the Grotta di Matermania, a cave where, in ancient times, mysterious pagan rituals were celebrated in honor of Mitra.

From the cave, the path continues along the coast of Capri, passing by the occasional solitary villa and spurs of rock from where to enjoy unique views of the island and the sea which surrounds it.
By far the most impressive of the seaside homes along the route, Curzio Malaparte's villa dominates the promontory of Capo Masullo. Designed by the architect Adalberto Libera, the Pompein red building with large central stair and 4 huge windows overlooking the sea is considered to be one of the finest works of modern architecture in the world.

The walk concludes at the Punta Tragara viewing point, from where you can take the little path which leads down to the foot of the Faraglioni. In the shadow of the giant sea stacks, there are two beach clubs, each of which has an excellent restaurant: Da Luigi and La Fontelina.

Want to spend the rest of the day by the sea?

Do the walk early in the morning and spend the rest of the day by the sea! Don't worry about the return journey: both beach clubs provide a shuttle boat service to Marina Piccola, from where you can take a bus or taxi back to the Piazzetta.

From the Punta Tragara viewing point, you can quickly reach the center of Capri, walking along the Via Tragara; a romantic pathway lined with elegant villas and luxury hotels, which leads to Via Camerelle, the island's famous luxury shopping street.

From the center of Capri you can: 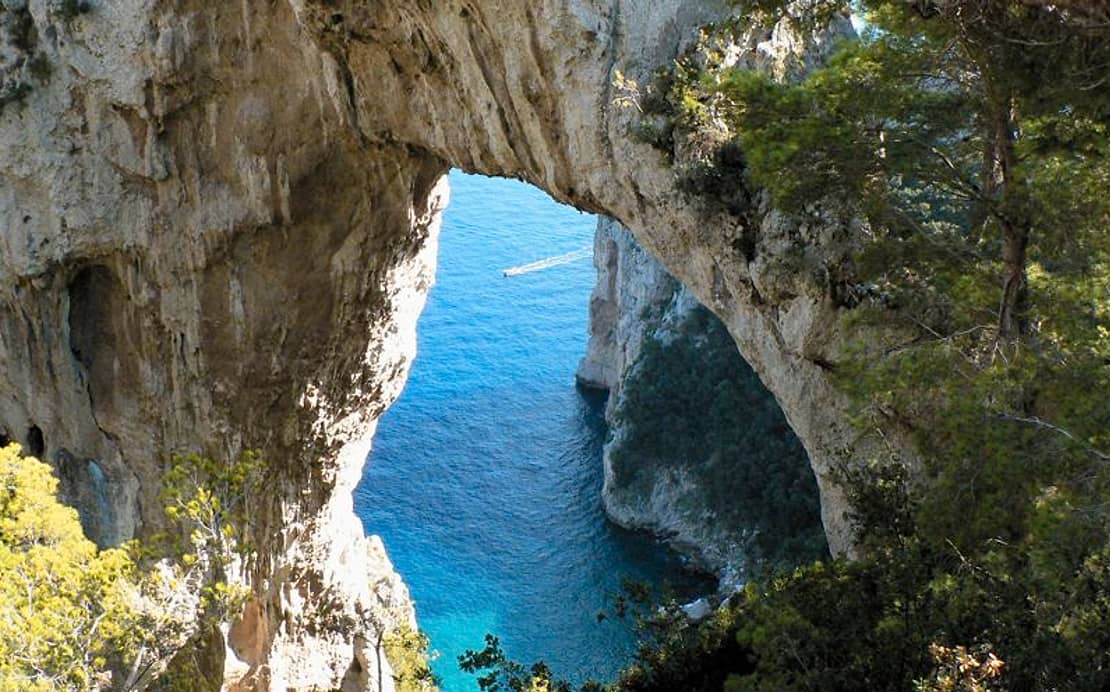 The Villas of Tiberius

History lover? Take this trip to see the villas built on Capri by Emperor Tiberius.

A trip to the top to see Capri from above

The Museums on Capri

The Island of Capri on Scooter

A day devoted to Capri's highlights

From Migliera to Monte Solaro